If you live in London then you will know that this city is teeming with different events geared at showcasing the city’s creative talent. In the midst of all the noise promising you a diverse fun evening, picking one to go to can be daunting, especially if you are new to the scene.

Where do you even start? Spaces for black artists, especially black women, to develop and perform are few and far between. The pool gets even smaller when we narrow it down to events spearheaded by black women. In a society where we are marginalised, having spaces where we can create and showcase our works without fear of judgement or ostracization has never been more crucial.

I spoke to five London-based creatives who curate inclusive events aimed at developing and/or showcasing creatives, especially those of colour.

You can usually find Anita busy running around writing or performing poetry, studying for her MA in Translation or working as a Translation Manager. Somewhere in between that eventful schedule, with the help of a team of five women, the 26-year-old finds the time to create a safe space for black and brown women to perform their works.

“It was formerly for women of colour but we felt that we weren’t being specific enough in the women who we wanted to target in terms of our goals of having a more diverse kind of platform. I started it in 2015 after participating in a slam and hearing a white guy say, ‘if mother nature was a black women she would’ve slapped the shit out of us’ and I was so disgusted… and I was like you know what? Why am I complaining about this? Why don’t I just make a space for us where we can just do what we want and then we don’t have to listen to that.”

What:  A poetry and live music night for and by black and brown women

Where: London and Birmingham 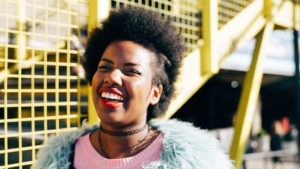 Sharlayne is a writer with a passion for film-making, a poet, and a producer with a background in Television.  Project Noir is a place to hang-out with writers, directors, producers and film-makers. They encourage members to share their works for feedback, and many attendees have gone on to enter work into festivals or get commissions.

“We curate pop up events where Black and Asian creatives can hangout, meet each other to collaborate on projects and also screen or share the projects they are working on. It’s a great safe space to trial out ideas and have really frank conversations about our experiences navigating white spaces in a competitive industry.”

When I first moved to London, Project Noir was one of the first places that helped me find my feet so I can attest to this being a worthwhile spot to check out!

What: A network for Black and Asian Creatives 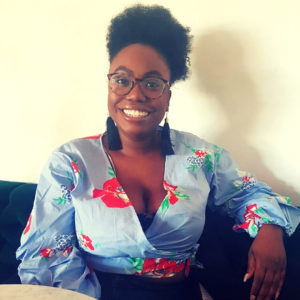 AZ Mag is an online publication for LGBT+ People of Colour. The magazine – Cofounded by Akeilah Bennett – is run by a team of inspirational women, and I had the pleasure of speaking to the editor, Christania.

“We started the magazine because, at the time there weren’t any publications for LGBT+ black and brown people based in the UK. We wanted to shine a light on an often forgotten demographic of people. Which is mad because there would be no modern LGBT+ movement or Pride events without black LGBT+ folks.”

Who can argue with that? AZ MAG is a necessary inclusive platform that continues to push the narratives of LGBT+ people of colour in the UK.  The team have now launched AZ HUB – a social space for QTIPOCs in the capital. They host panels, artwork, film screenings, workshops and more!

What: AZ Mag Live & AZ Hub – “an alcohol free social space for QTIPOC to come and kick back.” 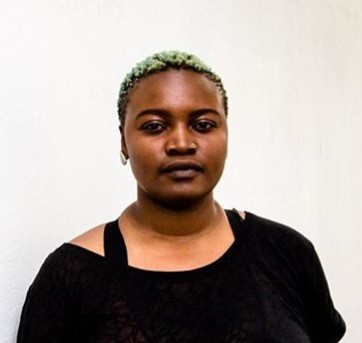 The multitalented Belinda Zhawi is a Zimbabwean-born writer and educator. Belinda was a 2015/16 London Laureate and the 2016/17 Institute of Contemporary Arts Associate Poet. Belinda co-founded the poetry social BORN::FREE in 2014. The organisation was named after the term used to describe Southern African people who were born after their countries gained independence from colonial powers

Having attended BORN::FREE events hosted by Belinda both in London and in South Africa, this is definitely an event to remember!

What: a literary movement and press for writers of all narratives with a special interest in poetry, experimental and Black writing

Andreena Leeanne is a passionate writer and an active supporter of the LGBT+ community. From attending numerous poetry events in the city, Andreena saw that there was a lack of safe spaces where LGBT+ writers and poets could freely showcase their work.

“I felt an urgent need to create a space where we can feel comfortable to share our words without fear, judgement and discrimination. I went to a poetry night a few months after starting Poetry LGBT where one of the poets used the word faggot in his piece and I was mortified to say the least. It reminded me that Poetry LGBT is a necessity for us. Words like these would never be uttered in our setting.”

Poetry LGBT gives people a platform to showcase their work in front of a like-minded audience. The poets, writers and the audience are a mix of heterosexual and LGBT people from London and afar.

What: Poetry LGBT is an open mic space for the LGBT+ community

When: First Sunday of every month, 6pm-10pm

Email poetryloungelgbt@hotmail.com to singe up for the open mic

Rue Gumbochuma is a Zimbabwe born – Berkshire raised writer who would describe herself as a storyteller that uses poetry and music as mediums to explore the human condition. She has produced work for several organisations such as Apples & Snakes, Beatfreeks, Camden Council and African Gifted Foundation.