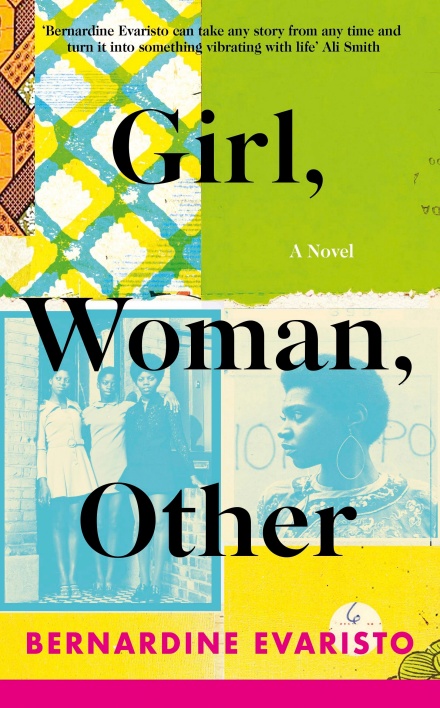 I am always eager to read stories centred on Black British women, and Bernardine Evaristo’s eighth novel Girl, Woman, Other certainly did not disappoint. This contemporary novel chronicles the interconnected lives and trials of twelve different characters – predominately Black British women – as they each learn and grow throughout their individual journeys. We meet vibrant women of all different ages, faiths, and classes over a 100-year period such as Amma, a queer playwright in her fifties, whose play is debuting at the National Theatre; and Hattie, a 93-year-old mixed-race matriarch who fights to remain independent at her farm in Northumberland.

What I love about Girl, Woman, Other is Evaristo’s insanely brilliant ability to balance so many distinct and complex characters as well as present prevalent ideas around feminism, race, the diaspora, and heritage. Evaristo presents Black British women in ways that haven’t been wholly explored in literature – it takes true talent and craft to write a novel like this.

A response to The Lonely Londoners

Evaristo addresses the lack of representation of Black British women in literature through  Winsome, who arrived in Britain from Barbados in 1953 and has now retired back to the Caribbean. She joins a reading group where she reads The Lonely Londoners by Sam Selvon which is considered a staple of the Black British literary canon. Winsome highlights that the novel only focuses on Caribbean men who treat women badly and the women don’t even get a chance to speak.

To remedy this, Winsome and the reading group decide to focus on women writers of the Caribbean such as Jamaica Kincaid, Olive Senior, Rosa Guy and Paule Marshall. By including these names, Evaristo shines a light on writers who may not be as well-known as Selvon but have all made significant contributions to Caribbean/Black British literature. Evaristo also shines a light on how, like most literary canons, there is an unfair centring of male writers. I believe that Evaristo makes amends for these transgressions through Girl, Woman, Other and the reader is gifted a stunning and intricately woven story that allows a platform for the voices that Selvon left out.

The book also addresses themes of race and heritage. The central characters all have roots in other places such as Nigeria, Ethiopia, Scotland and the Caribbean. This not only highlights the diasporic connection between Black British women, but also how important heritage can be when it comes to discovering and forming your identity.

Overall, Girl, Woman, Other is a wonderful read that perfectly encapsulates that there is no one way to be a Black British woman, and there is no collective Black British female experience. We are all multi-dimensional individuals with different lives, which is not often afforded to Black British woman in real life, literature or popular culture. Having to deal with stereotypes and micro-aggressions can make us feel as if we are Other and do not belong. Evaristo solidifies and celebrates our existence through this astonishing piece of work; and while she shows that we may be all different, we are all, ultimately, connected.