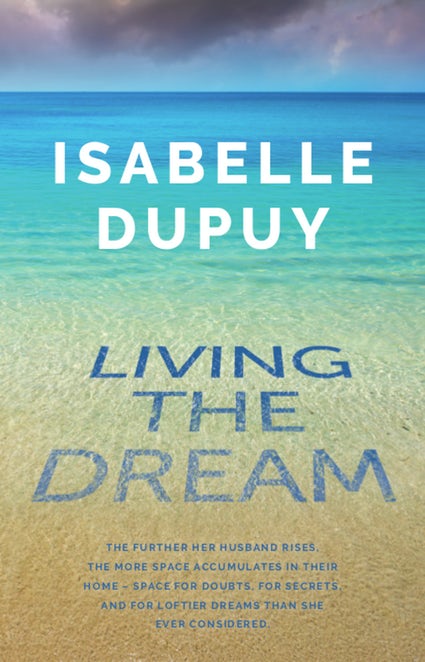 Living the Dream is the debut novel of author Isabelle Dupuy. A former investment banker herself, Dupuy provides a vivid description of the highly private world of the elites. This debut novel explores the moral tension and social pressures through the lives of two immigrant women, Naomi and Solange, in pre-and post-Brexit London.

We meet protagonist Naomi, a mixed-race immigrant woman from Colombia. At her son’s private school, Naomi learns to navigate the snobbish world of the London elites rife with deep insecurities and broken marriages. Through her son’s school, Naomi strikes up a friendship with Solange, an immigrant woman from Haiti. Both women bond over their similar upbringing, far from their current, affluent lives surrounded by beautiful homes and expensive schools. Believing that they have managed to earn their success through grit and meritocracy, Naomi and Solange decide to write a book together as a way for their children to know their mothers’ roots and the hardships they had to endure to get to where they are now. Along the way, Naomi’s husband’s pursuit of wealth leads to shocking political consequences and moral dilemmas.

Meritocracy and the elites

Living the Dream begins with a vivid depiction of Naomi’s affluent life, which can initially be off-putting. For example, when Naomi meets Daniela, another immigrant woman from Colombia. Daniela is from a working-class background and asks Naomi if she has any work opportunities for her spouse. Naomi shows discomfort at this request, and her discomfort results in a heated conversation between the two. Naomi’s defensiveness of her privilege and wealth is difficult to read. However, Dupuy’s decision to include this short interaction is significant for readers. Naomi’s justification of her wealth and class status as being due to “hard work” as opposed to “luck” is often the belief that the rich have convinced themselves to be true. Although not explicitly spelt out, it is moments like these where Dupuy makes an incisive critique of class and race.

A world rife with insecurities

The world of the wealthy and most powerful is often painted with glitter and gold. But Dupuy delivers a brilliant, funny, and detailed exposition of this world that is open to very few. Many characters in her novel suffer from deep insecurities despite coming from some of the most prestigious schools. Furthermore, Dupuy is brutally honest when discussing the elusiveness of happiness. She does this by showing the reader how Naomi and Solange navigate their unhappy marriages, insecurities, and relationship with money.

But Living the Dream is not just about the rich. It also touches on the immorality of disaster capitalism, a political strategy by elites to profit off of the public’s collective shock. Naomi soon discovers that her wealth and the wealth of those that surround her came at the expense of others. In the pre- and post-Brexit world in which this book is set, people’s livelihoods and futures are seen merely as inconveniences for profit. This realisation results in Naomi making big decisions for her family.

Living the Dream is a layered debut novel that captivates readers with its’ poetic and moving language. Although initially hesitant after reading the scene with Daniela, I thought this book was unlike any other. I have not read a novel that addressed similar themes in the same way that Dupuy did. She shows the reader how these characters hollow out their spirit and live with their choices when they consciously decide to use other humans as pawns. The characters’ decisions were a realistic reflection of what people in power would do in reality. Living the Dream is a shrewd and brilliant account of the current state of the world today.