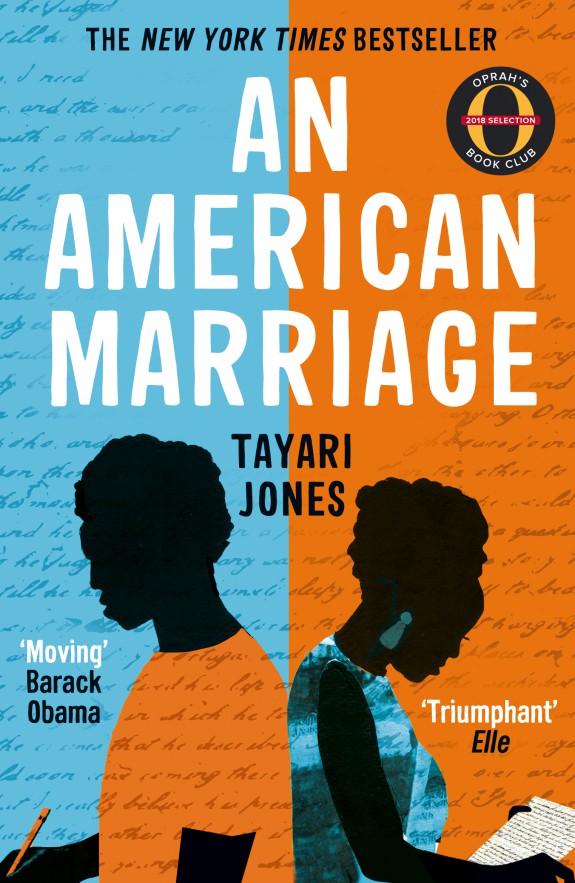 An American Marriage by Tayari Jones

“Marriage is like grafting a limb onto a tree trunk. You have the limb, freshly sliced, dripping sap, and smelling of springtime, and then you have the mother tree stripped of her protective bark, gouged and ready to receive this new addition.”

It would be difficult to be a reader in 2018 and not at least have heard of Tayari Jones’ An American Marriage, a New York Times Bestseller, National Book Award nominee, and the first choice of the year for Oprah’s Book Club; it has also recently been optioned by Harpo Productions to be turned into a film.

An American Marriage focuses on Celestial and Roy’s young marriage. First acquainted in college, Celestial and Roy are the picture of an upwardly mobile young black couple in the American South: Roy is climbing his way up the corporate ladder and Celestial is an artist, gaining recognition for her handmade dolls.

Celestial and Roy have only been married for a little more than a year when Roy is arrested and sentenced to 12 years in prison for raping a woman. Celestial knows he is innocent of the crime, however, as Roy was with her at the time the rape took place. Unmoored by Roy’s imprisonment, Celestial finds comfort and romance in her childhood friend and Roy’s best man at their wedding, Andre. When Roy is released after only five years, the life Celestial has created in his absence begins caving in and Celestial finds herself having to make difficult decisions regarding how to move forward.

With 2.3 million people in prison or jail, the United States leads the world in incarceration

The US American Criminal Justice System

What makes An American Marriage so distinctly American is Roy and Celestial’s interactions with the criminal justice system. With 2.3 million people in prison or jail, the United States leads the world in incarceration[1]. Of this excessive, unjust number of incarcerated individuals, Black men are disproportionately represented – 1 in 3 Black men are likely to be imprisoned in their lifetime as compared to 1 in 17 white men[2][3].

In this way, Roy and Celestial’s story, while heartbreaking and infuriating, is a common and devastating reality for Black families in the United States. Mass incarceration rips away parents, children, providers, and supports, leaving vulnerable folks and communities even more at risk.

Roy has a large support system during his arrest and trial: his family, in-laws, and friends all believe in his innocence and that he will be found innocent; Celestial testifies for him. Roy’s conviction, however, tests this resolve. While appeals to overturn the conviction continue to be filed, faith in Roy’s release dwindles, and Roy and Celestial’s marriage begins to disintegrate.

Celestial feels she has been cheated out of her marriage, which was already on shaky terms due to Roy’s infidelity and insecurities regarding class differences between their respective upbringings. When Celestial begins her relationship with Andre, it causes a rift in her family regarding her perceived lack of loyalty. This begs the question, how much are marriages, truly, expected to withstand?

Black women have constantly played the role of super woman and have been forced to carry burdens that are not their own for centuries. Are our reactions to Celestial a reflection of these continued expectations?

Black women have constantly played the role of super woman and have been forced to carry burdens that are not their own for centuries. Are our reactions to Celestial a reflection of these continued expectations?

Criticism of Celestial was not contained to Jones’ novel – reading communities all over the internet began splitting into camps: #TeamRoy, #TeamCelestial, and to a lesser extent #TeamAndre. #TeamRoy believed Celestial betrayed Roy when he needed her the most and #TeamCelestial believed Roy was a poor partner from the start; #TeamAndre just seemed happy Andre finally “got the girl.”

In addition to the question of how much a marriage should withstand, An American Marriage also sheds light on the dilemma of unlikable characters. What do we do with characters that we do not like or that make decisions we do not necessarily agree with? especially women characters? How much do we really expect from women? In particular, how much do we really expect from Black women? Black women have constantly played the role of super woman and have been forced to carry burdens that are not their own for centuries. Are our reactions to Celestial a reflection of these continued expectations? And if so, isn’t it time we do something about that?

In a story rife with unlikable characters that are easy to blame for their misfortune, Jones’ powerful novel is a reminder that, ultimately, mass incarceration and racism are the true villains of this story

An American Marriage is a timely novel that explores the numerous societal ills caused by mass incarceration and the US criminal justice system through the wrongful imprisonment of Roy and exploring how it impacts his marriage to Celestial and their relationships with family and friends. The story also touches on fidelity, Black manhood and fatherhood, what is expected of marriage, and what is expected of Black women. In a story rife with unlikable characters that are easy to blame for their misfortune, Jones’ powerful novel is a reminder that, ultimately, mass incarceration and racism are the true villains of this story.

[3] This disparity extends to Black women: 1 in 18 black women are likely to be imprisoned in their lifetimes as compared to 1 in 111 white women