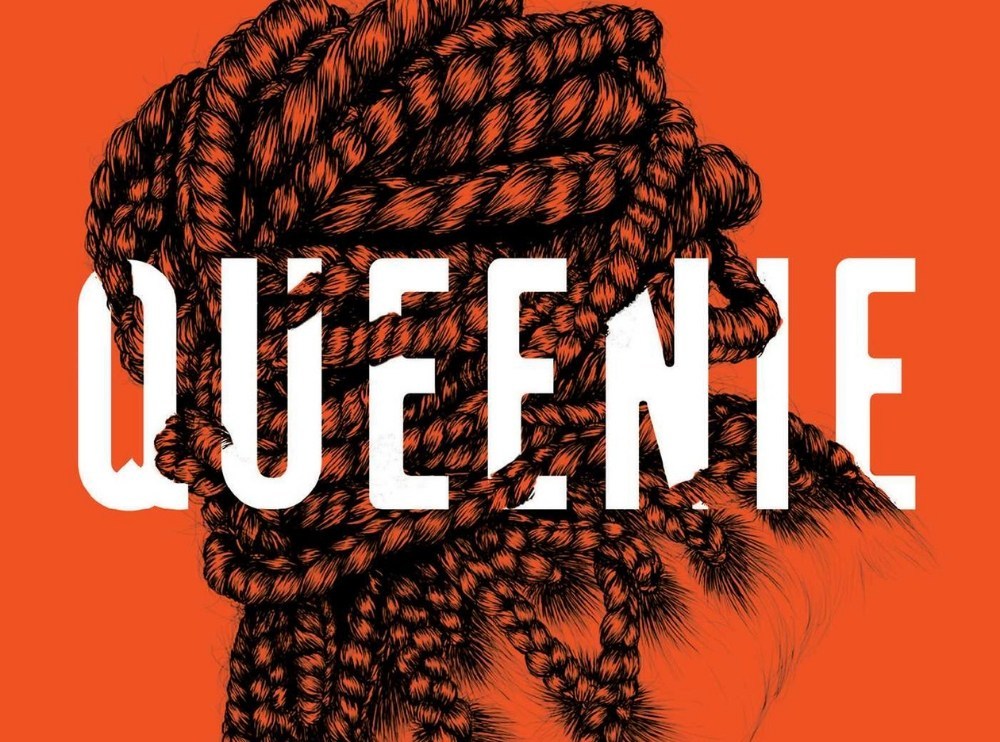 Depictions of Blackness, and more especially Black womanhood, tend to portray the harsh reality that existing as Black is. Often, the representations are set in the past, and conducted by writers who are not themselves Black women. Queenie turns this history on its head, with the author Candice Carty-Williams showing us the picture of modern Black womanhood in Black and white. While desperate to look away, one cannot help but accept that this is a reality that exists; one that is painful to look at or even accept as one’s own.

The book is set in London where our title character, Queenie, has lived all her life. She is second generation British-Jamaican, with both her grandparents having moved to London during the Windrush migration. Right off the bat, the reader can tell that something is not quite right with Queenie. Through a slow unravelling of events, however, it becomes clear that Queenie’s entire existence is one clouded in pain. Her relationship with her mother is strained, and she clings onto her aunt and grandparents as well as her friends for some form of support.

Some form of support, indeed. At Queenie’s lowest moments, she cannot turn to her family for comforts; only hard home truths. No sympathy can be allowed for Queenie because no sympathy was ever granted to the family that came before her. Instead, she is reminded that she must stay strong because there really is no other option for people like her. Her grandparents themselves remain sturdy even when the worst befalls them; she isn’t so special that she cannot be as strong as they are.

Mental Illness? There’s No Such Thing

No room to break means no mental breakdowns. As Queenie’s world comes crashing down and every aspect of her life steadily and systematically falls apart, she examines the possibility of going to therapy to deal with her increasing mental turmoil. Kyazike, Queenie’s Ugandan friend, makes the latter fully aware that this will not go down well with her family, a mainstay argument within both Africa and the Black diaspora. Of course, Queenie knows this, but still opts to broach the topic with her family. Predictably, her family is quite angered by her choice and chastises her for not holding in her pain as she should. The shame that would befall the family should one attend therapy – as well as the swift conclusion that anyone who seeks therapy is automatically considered insane – is explained to her exhaustively by her grandmother who is desperate to avoid this embarrassment.

But there is a solution to pain and suffering, according to her family, and this solution can be found in religion. For Queenie’s family, as well as for most Black families, religion is the salve for all problems faced. Rather than take the time to analyse and work through one’s personal problems, Queenie and others in the family are encouraged to turn to prayer in the hope that all will be well if only they believe.

The beginning of Queenie’s trials appears to be her separation from her boyfriend Tom, a young white man from a middle-class family. Queenie, having never had the comfort of a family to cling to, is especially enamoured by Tom’s family dynamic and seeks to integrate herself firmly into it. While some members are happy to let her in, a few others take the opportunity to practise their racist humour on her. Often, the question of Queenie’s skin tone comes up in casual conversation, and she seeks solace from Tom as an ally to stop the incessant racist comments. Tom, however, doesn’t see the big deal about it and never comes to her aid, choosing instead to blame Queenie for ruining family moments by getting ‘easily’ offended.

Interspersed with snippets of the Black Lives Matter movement, the gentrification of Brixton, and navigating the workplace as a Black woman, Queenie offers a sobering account of what our lives are and may be like. Though Black female experiences are varied, one cannot help but see themselves in one or more of Queenie’s various struggles. Watching Queenie come out triumphant on the other side is a triumph for us all.