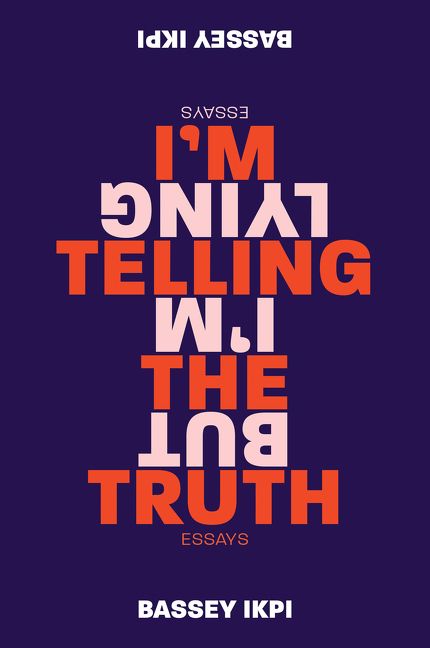 In her powerful debut, I’m Telling the Truth, but I’m Lying, Nigerian-born author and mental health advocate, Bassey Ikpi, presents a collection of personal essays chronicling her life before and after being diagnosed with bipolar II.

Beginning with her life in Nigeria, Ikpi brings the reader along on her journey; examining her memories of moving to the United States as a child, relationships with family, friends, and partners, and work – all complicated by the additional challenge of being a Black woman with a mental illness.

Central to Bassey Ikpi’s collection is her bipolar II diagnosis. According to the US National Institute of Mental Health, bipolar II is a severe mental illness characterized by cycles of hypomania – elevated mood that is not as extreme as the mania observed in bipolar I – and depression. The World Health Organization estimates that 60 million people worldwide have a bipolar spectrum disorder.

Though she was not diagnosed until her late 20s, Ikpi identifies feelings of extreme anxiety, mania, and depression as young as the age of eight, after witnessing the explosion of the Challenger space shuttle on live television during class. Ikpi viscerally describes the incredible highs of mania and the devastating lows of depression, which is compounded by her inability to understand what exactly is happening to her but still knowing that something is wrong.

The reader accompanies Ikpi as she navigates her attempts to cope with what she refers to as her “broken brain” before and after her first hospitalization.

When Ikpi asks her psychiatrist how long it will take for her to be “cured,” she is devastated to find that there is no cure for bipolar disorder, only medication to help manage the condition.

In the essay Life Sentence, Ikpi expresses a desire that is common among people with severe mental illness: to lead a normal life without the aid of medication. She relays that on several occasions she has attempted to discontinue her medication and simply work harder at being well. But each time she stops taking her medication, the cycle of depression and mania resume, leaving her to continue feeling broken and unfixable.

Like the title of her collection, Ikpi interrogates and questions the concepts of reality, truth, and memory. In the essay Young Girls They Do Get Weary, she asks, “What is truth if it’s not the place where reality and memory meet?” a question that is echoed throughout many of the essays in the collection. Ikpi discloses to the reader that she is unsure of the objective reality or truth of many of her memories, though these are the memories that make up the collection.

Bassey Ikpi’s I’m Telling the Truth, but I’m Lying is an incredible testament to her talent as a writer as well her resilience as a human being. In it, Ikpi tackles her experiences as a Black woman with mental illness, her desire to be normal, reality and memory, family dynamics, and relationships.

The collection is heartbreaking and affirming for people who are currently struggling or have struggled with mental illness. Ikpi bravely tells of her battle with bipolar disorder and allows others to see their experiences fully and accurately represented on the page.