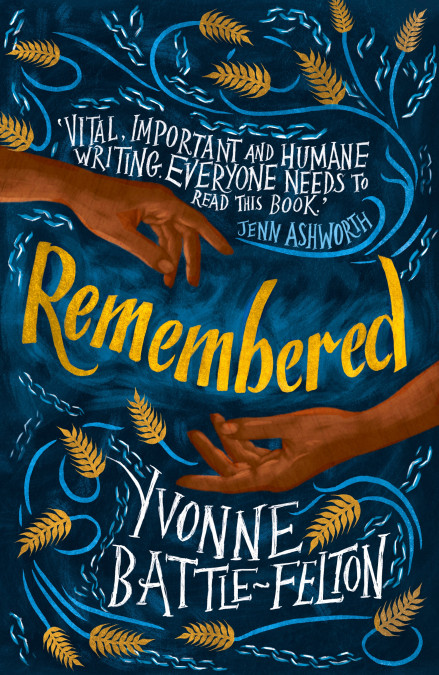 A newspaper clipping from Sunday, February 20, 1910, reports that “a Negro hurled a streetcar into dawn and Clyde’s Department Store”. It’s Philadelphia. Around the city, labour strikes led by streetcar workers of the city’s Rapid Transit Company (RTC) have been happening, and a citywide riot is on the verge of erupting. By March 5, 1910, between 60,000 and 75,000 workers will call for a general strike in solidarity with the striking streetcar workers. It would be known in history as the General Strike of 1910. It lasted until March 27 and grew to an estimated 140,000 people. During the strike, newspapers reported violence and sabotage rendering streetcars inoperable. It is against this real-life backdrop of citywide riots, labour strikes and civil rights, that Remembered, Yvonne Battle-Felton’s debut historical fiction long-listed for the 2019 Women’s Prize for Fiction, is situated.

The Negro who “hurled a streetcar” is Edward (born Edward Jonah Freeman). He is now in hospital surrounded by police who believe it was not an accident, but a deliberate act to steal the trolley and cause serious harm. His mother, Spring, having heard the news makes her way to the hospital. As she walks through “the coloured entrance” she prays he’s okay. By her side, the ghost of her sister, Tempe – a constant reminder of the brutalities of slavery and how families were severed. At his hospital bed, watching Edward’s life slip away, Spring is forced to remember her-story, while also finally telling her son his-story.

Using newspaper clippings, memories she had hoped to forget, and Tempe’s lips and eyes, Spring begins to reconstruct her past. Remembered may take place over the course of 24 hours, but once by Edward’s side Spring’s story begins in 1843 where “slave catchers and kidnappers have been reported throughout Pennsylvania”. Her mother, Ella, a free Black slave was kidnapped at the age of 12, by a white man, Walker. Spring’s story continues on to 1855 portraying Ella’s life on Walker’s plantation in Maryland, including Spring and Tempe’s eventual birth, the two sister’s life on the plantation. This is followed by the Emancipation Proclamation in 1863, and how newly freed slaves, including Spring, migrated to cities like Philadelphia in 1866 to build a new life for themselves.

The violence of slavery

In following Spring’s family’s story, Remembered reveals the severity of slavery in America – an era Battle-Felton doesn’t sanitise. Ella’s story, previously mentioned, is a narrative of a free young Black female body being stolen and forced into slavery for one purpose only – to breed. Her story showed how slave-breeding was a way for slave owners to acquire new slaves without having to incur any costs, to fill any labour shortages, and to also maintain an income for themselves. Yet, the Walker plantation was cursed – no babies could be born. Walker believed Ella could be the one to break it.

Remembered details the survival strategies slaves needed to adopt, for there was no curse. The women swore there would be “no more slaves after us”. So, they used concoctions of poisonous liquids and herbs – enacting violence on their own bodies – to ensure women were not sexually abused and forced to have children. Prior to that, women like Mama Skins had to “birth it first” before “killing it” – believing this to be “the most merciful thing she could do in this world”. Once the women were unable to give birth, Walker started buying babies, so the women made a different pact. If ever there was a baby, they would take turns: “they all hugged on it, loved on it and in the morning, one of them would love it to death. Love it to freedom.” What does it mean to harm a baby to protect them from slavery?

There were other tough, and sometimes inhumane, decisions made on Walker’s plantation with Remembered revealing the complex choices slaves were often forced to make as a result of their individual circumstances, including harming other people’s children to protect their own or raising children as their own – the children unaware of their birth parents or their brutal deaths.

Ella’s story eventually leads into Spring’s, who along with her sister Tempe are born seconds apart. One was said to have lifted the curse, the other to have immediately brought it back.

Emancipation was not automatic freedom

As Spring explains once in Philadelphia and working multiple jobs, including as a domestic worker: “Most of the jobs I get, I get cuz I was a slave. People expect there ain’t nothing I can’t do, nothing I won’t do … Most of the jobs I lost, I lost for telling the truth … They want to be close up to pain, until they are. When I get mad about them telling me all they think they know about my life, they call me angry. They say it like I ain’t got no cause at all to be upset, sad.”

The Emancipation Proclamation did not automatically mean freedom. In the South, information was rarely given freely or accurately, and slave owners would sometimes take drastic measures to ensure their slaves remained their property. In the North, while free, slavery reared its head in other ways – in the jobs women and men did, which mirrored the work they did on plantations and in the homes of the slave owners in the South.

We must always remember

Remembered is not an easy read, but I don’t believe it needs to be or even should be. I appreciated the book more for Battle-Felton not erasing this part of history, and for ensuring the brutality that was slavery remained on the pages. This is significant because Remembered is about the importance of memory, the power of individual and collective stories and holding on to those – particularly as our ancestors past affects our present and influences our future generations.

Remembered is also about how crucial it is to never forget. As Spring explains to Edward, “Most of what I’m about to tell you ain’t in no history book, no newspaper article, no encyclopedia. There’s a whole heap of stories that don’t ever get told.” After reading Remembered, I am glad one of many forgotten stories has gotten the chance to be told, and even more that it was through the voice of a Black woman.