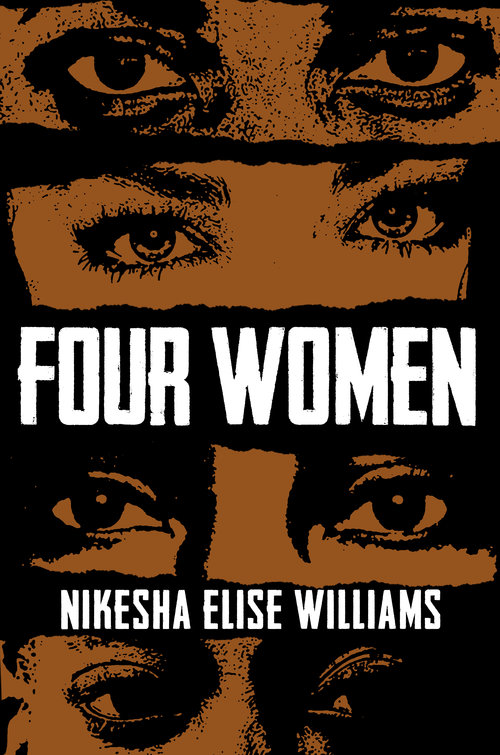 “This is the final piece. I have covered up in shame for nearly three decades for something I did not do. Today, I uncloak myself and let it all go,” she says, tossing her scarf into the grave.

This fictional book is set in Jacksonville, Florida in the year 2014, is a great debut from author Nikesha Elise Williams. The book centres around the lives of four women: Soleil, Ebony, Johnnie and Dawn. It touches on a variety of issues including domestic violence and the American justice system. Despite being Black-British myself, and not having lived these experiences, I was able to appreciate and connect with the African-American characters.

The characters may be fictional, but the problems are real and relevant in this period of #SurvivingRKelly and #BlackLivesMatter

All four protagonists are connected due to one person, Barker. He is the current boyfriend and abuser of Soleil and the former of Ebony. There was a conflict between Ebony and himself and he dies. Johnnie is the surgeon who operated on him and Dawn is the news anchor who is reporting the whole trial. Throughout the book we as the audience are also encouraged to be a part of the jury and decide for ourselves whether Ebony is innocent or guilty.

The characters may be fictional, but the problems are real and relevant in this period of #SurvivingRKelly and #BlackLivesMatter. The issues the women in this book face are not exclusive to Black communities but it does challenge the notion of people not taking the pain experienced by Black women to be serious. Soleil was constantly abused by her boyfriend but the only person who took action was Ebony who literally experienced the same trauma. As part of “Generation Woke” it is easy to think retweeting certain things or writing “feminist” or “#BLM” in our bio are all we need to do to make a difference. Johnnie and Dawn are amazing pioneers in their respective fields, yet they remained quiet and ignored the signs of abuse on multiple occasions. It does make me wonder whether I am also complicit in the abuse people around me face, am I even aware of it or do I sweep it under the carpet too, because I don’t want to end up cancelling my own people? Maybe I am analysing a fictional novel too deeply, but here in England and Wales, two women a week are killed by their (former) partner, so ignoring the symptoms of abuse can literally be a matter of life and death.

This case, like many, was particularly complex because Barker was highly esteemed in the community, he was a decorated veteran, judge and the very personification of tall, dark and handsome or as I prefer the Nigerian adage, fine boy no pimple.

“He is perfectly beautiful, but then again, a devil always is. No one has ever been tempted by anything ugly.”

This book should be read by mature readers especially those who seem to think justice is very black and white, and those who consider themselves to be social justice warriors

Barker like many predators, took advantage of Soleil, saying no one would even believe her even if she did pluck up the courage to report him. Unfortunately, he was probably right, Cyntoia Brown Marissa Alexander and R Kelly’s victims are just a few real-life examples that prove Black women who speak up or self-defend themselves are more likely to be reprimanded and ignored by society or the justice system than being helped. So, whilst we are beginning to understand the importance of #BlackLivesMatter, I hope we will also remember that Black Women Lives Matter too.

The style of writing is easy to read and flows quite nicely. I like the way a chapter focuses on a different woman’s perspective and the way she writes about the past and present beautifully. This book reminds me of the film For Colored Girls – adapted from Ntozake Shange’s 1975 original choreopoem for colored girls who have considered suicide / when the rainbow is enuf–  in the sense that each woman has a personal issue they face and are connected and bonded together through Barker’s abuse. The ending reminded me of Chimamanda Ngozi Adichie’s style of ending: infuriating (I still love you Nikesha)! I do love the fact there is an Afterword where Nikesha explains the reasoning for the ending and she does have a second book out called The Appeal of Ebony Jones which I plan to read next and will probably answer unknown questions.

Throughout the book we as the audience are also encouraged to be a part of the jury and decide for ourselves whether Ebony is innocent or guilty.

This book should be read by mature readers especially those who seem to think justice is very black and white, and those who consider themselves to be social justice warriors. It shows the importance of having good relationships whether that is romantic, friendship or even being on good terms with your neighbour. Williams covers a range of emotions; some scenes are explicitly intimate and beautiful and others more violent and uncomfortable. Most importantly, it is a book that you definitely want to finish, and I can easily envisage this as a Netflix original. The sequel The Appeal of Ebony Jones is also available to be read.